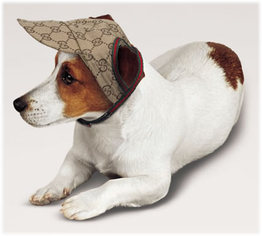 Before I married into Royalty, I travelled the world taking on odd jobs here and there to help make ends meet. In the late 70’s I could be found working as a secretary for a company in Michigan which specialised in making hats for dogs (cats also wore them but tended to dislodge them whilst washing). Every lunch time I would walk to a small coffee bar on the corner of Myron Street in Lincoln Park to partake in my regular salt beef baguette topped with raw onion. As a treat on Tuesdays I would also indulge in a pickle. The main reason for my patronage, however, was not for reasons of nutrition but to gaze upon the young assistant, a dark haired boy of foreign decent, I was always too shy to strike up a conversation but would blush once a week when he whipped out a gherkin for me. I dreamt of him most nights and in my imagination I named him Phillipe.

One day I was walking toward Myron Street in my normal manner when looking up I saw Phillipe running towards me in an excited manner (his jeans were much too tight). I stopped dead in my tracks as he quickly approached me and thrust something in my hand muttering a jumble of words in a foreign tongue before quickly disappearing again. My eyes were open wide and my heart beating fast as I opened my hand to reveal a gleaming solid gold diamond ring. I forgot all about lunch and headed to my apartment which, luckily for this story, was just around the corner.

I spent my lunch hour both staring at the ring and trying to decipher what he had said to me; it sounded very French but I couldn’t be sure. I wrote down what I thought he had said so that I could try and interpret it later, but in my wild imagination he had said ‘I love you, please marry me and let me take you away from canine apparel forever.’

The next morning on my way to work I passed a newsagent’s where all the latest news was on display across the various broadsheets and tabloids, and there spread across the front pages was a photo...a picture of Phillipe. I reached for some change in my pocket and almost threw it at the vendor as I desperately made a grab for one of the papers. I stood there in a daze trying to take the story in. Phillipe’s real name was Bert Sprog, a Polish immigrant, and he had been arrested the night before robbing a jeweler's in Myron Street. The police had recovered most of the items apart from a solid gold diamond ring valued at $527,500.


Response from OMF:
But, dear Countess, what DID he say? Were you ever able to translate it? Imagine how different your life would be today if you hadn't been given this stolen ring!